Facts We Bet You Didn’t Know About Asthma 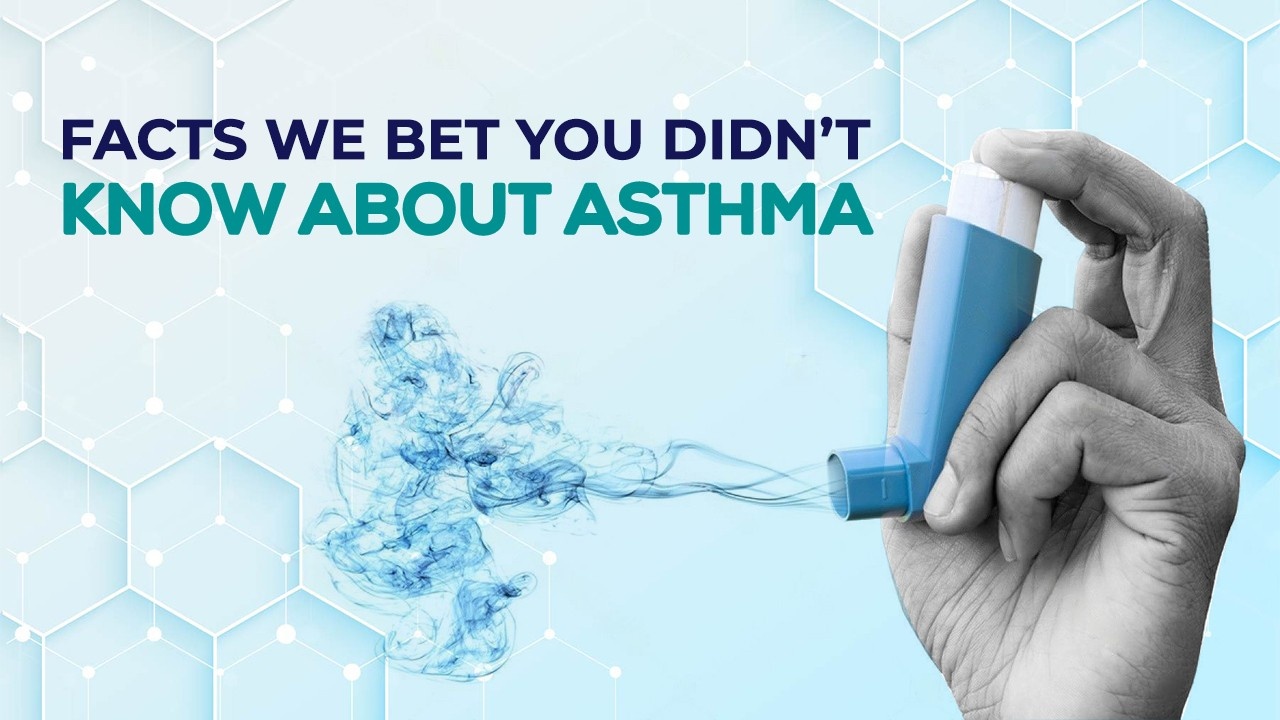 We, mortals, take a lot of things for granted in our routine lives. Believe it or not, one of them is breathing easily. Have you ever scrambled to catch your breath after a fall that knocks the wind out of you? Or have you ever felt like you would wheeze to death during a coughing fit? If the answer to any of these questions is yes, then you might have had a glimpse into what life with asthma is like. Losing control over breathing is petrifying, however not understanding asthma and its root causes and treatments can be even scarier.

There are two types of asthma based on the severity and symptoms.

For people who breathe normally, the muscles around their airways tend to be relaxed, which lets air move quietly and easily. However, during an asthma attack, the following three things tend to happen:

Asthma might be a result of a myriad of causes. Some of them are listed as follows:

The symptoms of asthma include wheezing, coughing, shortness of breath, chest tightness, etc. In some people, asthma attacks can also be fatal. Despite the fact that millions of people suffer from asthma, several myths and misconceptions surround asthma. To support people suffering from Asthma, here is our take on shedding light on some of the least-known facts about the life-threatening condition:

#2 The symptoms of Asthma can change over time. The symptoms you had as a kid might not necessarily be the same once you grow up. It can get better over time with proper treatment, or get worse when not treated correctly.

#3 Just when people think they have outgrown their childhood asthma, it might rear its wheezy head into adulthood. Asthma tends to leave and return which is why holistic healthcare is imperative for treating asthma.

#4 Alternative therapies including yoga, nutritional therapy, and Ayurveda can be used to heal asthma from the source by bringing back the lost balance in the body in a holistic way

#5 Asthma affects a whopping 6.1 million kids in the States which makes it one of the most chronic childhood diseases.

According to the Global Asthma Report, asthma affects more than 339 million people globally. Roughly, every 1 in 13 Americans struggles with Asthma, which accounts for around 25 million people. Prevention in the initial stages and holistic treatment options is crucial. In a world where Asthma is treated as a near-incurable ailment with nascent treatment alternatives, consistent efforts to cure Asthma are imperative.

Need more information or insights regarding how Asthma can be treated with holistic healthcare? Dig deeper into the free mini course at RedAsh TV now. It gives you an in-depth idea about how alternative therapies can be leveraged for healing asthma from the grassroots level and how inclining towards a healthier lifestyle can be a game-changer.

Subscribe to get tips and tricks to level up your skills.

GET THE FREE GUIDE

Enter your details below to get this free guide.